An interview with Mark Charan Newton 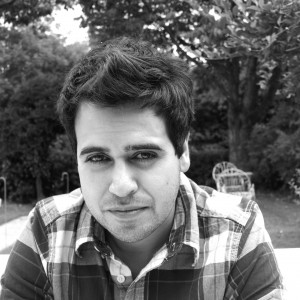 This is an interview that I had the opportunity to do with Mark Charan Newton, who was gracious enough to oblige. Mark Charan Newton is the author of the Legends of the Red Sun series of which three books have been published. The books are self contained and are some of the best written fiction out there. I reviewed City of ruins here which I thought was a fascinating read from start to finish.
If there is an author that you want to read he would be a good start.
Anyways enough of the introductions and onto the main stuff.

In City of ruin the characters who are the most heroic are also the most socially deviant. Commander Brynd Lathrea and Jeryd to name a few. Is this a deliberate choice?

I think I find socially deviant characters more interesting! It's certainly not a conscious choice, though - I mean, it's a case that these particular characters have an certain, different outlook on life, and therefore make for slightly unusual perspectives on a story. As long as it remains interesting to write, I'm happy, and both Brynd and Jeryd made writing interesting for me. If they were dull, I wouldn't enjoy the process.

What are the books that you read as a child that really influenced you and show up in your writing when you least expect them to?

I don't think anything I read as a child influenced me to this day, which is probably fortunate, as I read a lot of terrible things. When I was 12, I even read a few Jeffrey Archer thrillers - the shame! My main childhood fiction for me wasn't SFF, it was Willard Price's Adventure books, featuring two young lads on wilderness escapades. I read them so many times, but perhaps it led onto other things - a fascination with interesting landscapes, I dunno. I think it's almost impossible to tell what influences a writer from that far back.

Sticking to influences, it is accepted that writers steal from wherever they can. What are your main influences apart from books?

Political news. Wholeheartedly the news. And, as much as it can be, proper news, not the recycled press releases/propaganda that makes it into the Daily Mail.

I can't think of a more interesting time, politically speaking, in the last 20 years. There's a real sense of upheaval, and that actually excites me. I know a lot of people don't pay much attention to news and politics, but it's real world-changing stuff - as a writer, who writes about cultures and worlds, what better influences can there be? There's so much that can inform your own fiction.

Well, with the genre - Christopher Priest, M John Harrison and the late Robert Holdstock kept my mind ticking over. In mainstream fiction, Don DeLillo. For crime, Henning Mankell and C.J. Sansom… Annoyingly, with the novel writing, I don't have as much free time to read fiction as I used to, but I'll always return to these writers when I can.

I have a day job, so I'm confined to working in the evenings. I schedule in a couple of hours each night, every night, and just… write. Other than that, a comfy chair, a laptop, and a mug of coffee. It's pretty dull!

Any tips for aspiring writers

Write. Get words down on paper. Have confidence, but writing is hard work. You can always tinker with them later, but so many people start and never complete a story or a novel. Once you've finished that, start something else. Get the bad words out of your system. Also: read a lot. Read widely, in and out of your chosen genre.

Also, make sure you enjoy it as a hobby. Many people never get published, but if they still enjoy writing, then surely that's a good thing?

Is this the second golden age of science fiction and fantasy. Never have I seen so many great books come out and so many fantastic writers working in the field? Your thoughts.

Hard to say, and it depends on your definition of what SFF is. Certainly there's more acceptance now than ever before. And the internet creates the illusion that there are so many new and exciting things going on in genre right now, like never before. But, ultimately, I'd say SFF has been a solid industry for the past 30 years. Every generation likes to think they're reinventing the wheel, but there's nothing to be ashamed of in admitting things were great before - and possibly even more experimental than now. Mass market fiction is rather homogenised compared to even a decade ago.

There is a bristling debate going on these days between what is Science Fiction and what is Fantasy and when people tend to get confused they tend to label it as speculative or weird fiction. Your thoughts?

Categories exist solely to help sell books, basically. They're there to draw a circle in the sand so that people know roughly where to find books they'll like, but everyone's mileage varies on the issue. I'm all about genre taxonomy though - I think it's great, I think it's nice to find certain lineage's of authors, but I don't think culture or society is going to move on if ever a conclusion was reached on the topic!

Hopefully I can keep going and get more interviews with the authors I enjoy reading.